Smart lights are usually some of the first appliances to be added to a smart home. Although those can nowadays be purchased easily from various brands, I wanted to have my own hardware so as to integrate it better with other devices and software. Thus, I decided to an IoT LED controller that I can use in various projects where lighting has to be controlled via network protocols. 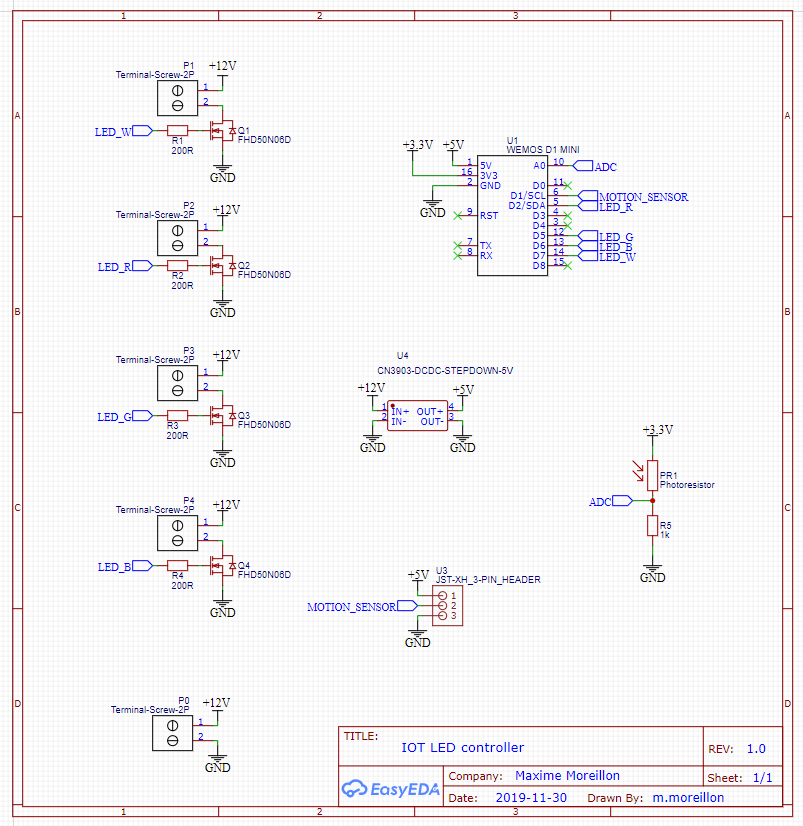 The PCB has been designed using EasyEDA and manufactured by JLCPCB.

The schematic and PCB files are available on OSHWLab.

The controller is driven by a simple firmware, written as an Arduin sketch. Its source code is available on GitHub.